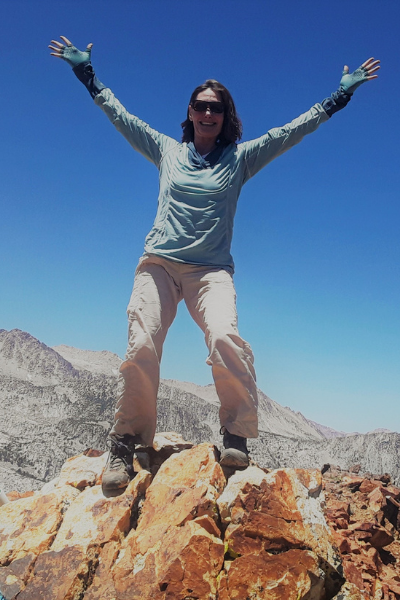 Art, for me, means connecting with the landscape of the heart in a most intimate way. Touching brush to paint to canvas is an act of love that expresses a deep communion with the natural world. The ephemeral nature of reality makes my place in the universe all the more precious. When I slow down and see things clearly, I discover a space within my own heart/mind that is luminous and bright. My painting is an expression of our deepest human longing to reconnect with the light and spaciousness of our own true nature. Meeting the landscape face-to-face means coming home.

In recent years, I’ve had the opportunity to experience the vast Nevada landscape one step at a time. Hiking in remote mountain ranges challenges me to be mindful of the stark beauty and the silence. Mostly I just listen, but sometimes, when the lighting is just right, I take photos, which I later translate into painting. My genre is naturalism and I work primarily in acrylics. I layer colors to express light and vibrancy—the life force that flows through and connects all things.

My painting Radiance, was inspired by a hiking trip to Lamoille Canyon with several girlfriends last fall. Despite a recent fire, the canyons along Lamoille Creek were remarkably lush. After camping at a USFS site, we meandered through shimmering aspen forests carpeted with golden grasses. High above, approaching clouds warned us that winter was coming. The canyon walls were stark and imposing. Solid. Steadfast. Imperturbable. I chose to keep the foreground of my painting simple. My focus was the interplay of sparkling light and shadowy rocks. Wild Nevada at its best!

Deborah Stevenson earned her B.A. in Fine Arts from Adams State College in Alamosa, CO and Masters in Anthropology from the University of Alaska, Fairbanks. She has always been inspired by nature and sold her first painting at the age of 17. With 50 years of experience, her style is mature and deeply spiritual. Having been strongly influenced by the naturalist writers, her art expresses a land ethic, bordering on reverence. She is originally from Colorado and moved to Nevada in 2004.

Stevenson’s painting Into the Light won 1st Place in Acrylics and People’s Choice at the Sesquicentennial Nevada Day Show of the Nevada Artists Association at the Brewery Arts Center in Carson City (2014). She also received Nevada Day Show awards in 2018, 2019, and 2020. Stevenson has exhibited in Guatemala, Italy, Germany, Alaska, and throughout the lower 48, where many of her award-winning paintings are in private collections.

Stevenson recently retired after 12 years as Curator of Education at the Nevada State Museum in Carson City in order to pursue hiking, art, and spiritual interests. Previously, she worked for 10 years at Edge of the Cedars State Park Museum in Blanding, Utah, where her contact with Native American tribes deepened her respect for the landscape. She is a member of Nevada Artists Association, Latimer Art Club, Brewery Arts Center, and Capital City Arts Initiative. Her art donations have supported fundraising for the Great Basin Outdoor School, Friends of the Nevada State Museum, Historic Belmont Courthouse, Advocates to End Domestic Violence, and Nevada Rock Art Foundation. 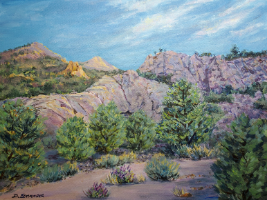 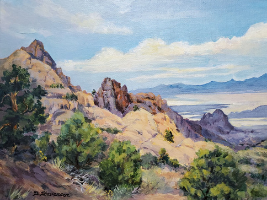 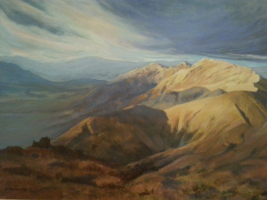 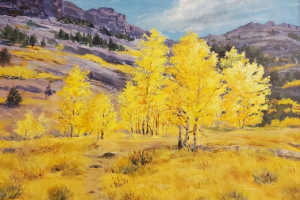 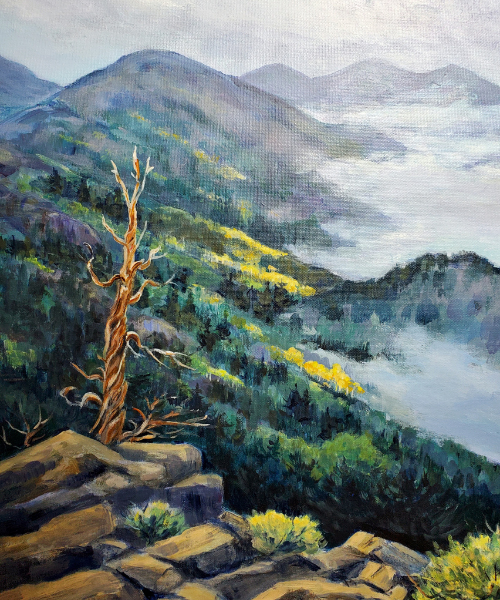